Oath of Office to Colon-Lopez

With Colon-Lopez is his wife, Janet 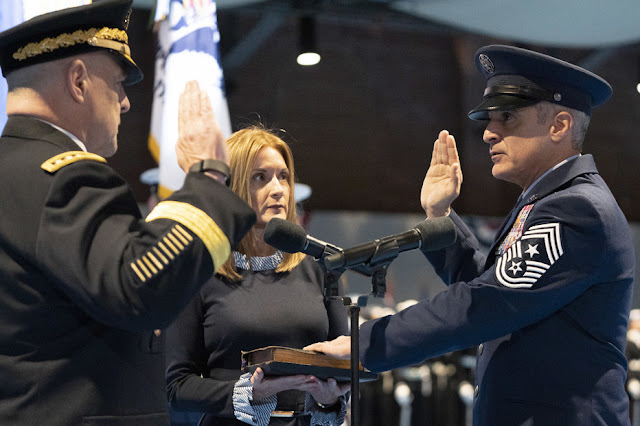 Posted by Rector Kathuria at 00:15 No comments: Links to this post 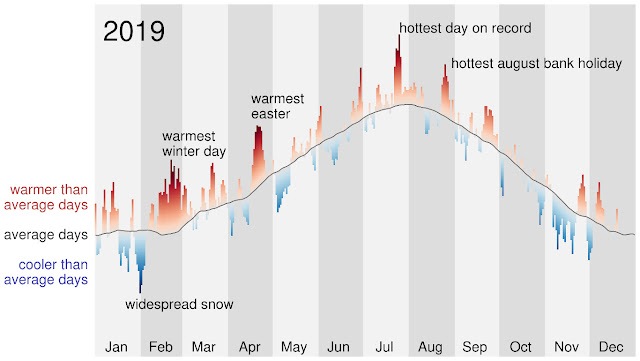 Author: Press Offic
2019 has been a year of extremes: record-breaking heat and rain, along with notable spells of cold and windy weather have all been prominent.


As we approach year-end, we’ve highlighted the most notable climate features of the year, including two all-time temperature records:

Hottest day on record: 38.7 °C recorded at Cambridge University Botanic Gardens on 25 July
Dr Mark McCarthy is the head of the Met Office’s National Climate Information Centre. Commenting on 2019, he said: “2019 will be remembered as an exceptional year for weather records, as it is unusual to get both the UK summer and winter high temperature records within the same calendar year. But this continues a pattern of high-temperature records in the UK over the last few decades, as a result of our warming climate.”
Winter
January got off to a cold start, with the coldest January night for seven years recorded on 31 Jan with -14.3 °C in Braemar, in Scotland. In parts it was also dry, with one of the driest Januarys on record for Clackmannanshire with 23.1mm of rain (just 15% of the expected average), East Lothian with 9.9 mm of rain (15% of the expected average) and Fife 12.1 mm (15% of the expected average).


No one could have missed that February was record breaking. Despite starting with snow and freezing temperatures, the warmest winter and February day on record was recorded at Kew Gardens with 21.2 °C on 26 February with temperatures exceeding 20 °C in London, west Wales and as far north as Rochdale making this a more widespread event than the previous record set in February 1998. The   Daily minimum temperatures were also well above average, but not record breaking.

Scotland and Wales also broke national records for warmest winter and February days with 18.3 °C recorded at Aboyne in Abderdeenshire on 21 February, and 20.8 °C recorded in Porthmadog, Gywnedd on 26 February.

In total 21 locations in the Met Office observing-network broke previous national (England, Scotland, Wales) records, some of these on multiple days. Overall It was the seventh warmest, sixth sunniest, and twenty-third driest winter in series from 1910.


Spring
With a mean UK temperature of 6.8 °C (1.3 °C above average), March 2019 provisionally came in as the 10th warmest March on record. A number of records were broken including the hottest Easter Monday on record in England, Northern Ireland, Scotland and Wales. Even though Easter fell relatively late this year, it was notably warm for the time of year and over the Easter weekend many weather stations across the UK broke their local April temperature records.


Through April, England saw particularly low levels of rainfall, especially in the east. East Anglia received just 25% of its average monthly rainfall. Essex was the driest county, with just 9.2mm of rain through the whole of April.


Summer
June was a significantly wet month for some parts of the UK. Notably, Lincolnshire received 230% of the rainfall expected for the month, compared with the average between 1981-2010. Leverton in Lincolnshire, recorded 101.2 mm on 10th June.


Across Lincolnshire, the rainfall wasn’t sufficient to break the June county rainfall record of 181.9 mm in 2007, but with 128.9 mm it was in fourth place in a series stretching back to 1910. New records were set for two-day and three-day total rainfall in Lincolnshire on 10-11 and 10-12 June respectively.

July will be remembered for the hottest day on record ever recorded in the UK. A maximum temperature of 38.7 °C was recorded at Cambridge University Botanic Garden on 25 July. This figure exceeded the previous record of 38.5 °C recorded in Faversham, Kent, in August 2003.

Also during July, Cheshire received more than twice the average rainfall for the month (219%). Other counties in central and northern England, including Lancashire, Staffordshire Derbyshire and Leicestershire, also received more than one-and-a-half times the month’s typical rainfall for July. Thunderstorms and intense rainfall caused flooding across parts of northern England on 30th and 31st July.

Overall Summer 2019 was the twelfth warmest on record since 1910 across the UK, but unusually this summer was also relatively wet. Previous hot summers have been largely dry, but this summer was seventh wettest overall in the UK in a series dating back to 1910. Scotland was very wet overall as it recorded its second wettest summer, only surpassed by summer 1985.


Autumn
Many people in England will remember Autumn 2019 as a very wet season, with significant flooding in parts of the Midlands and days of prolonged rainfall. But this wasn’t the case across the whole of the UK.


There was been a marked difference in rainfall amounts between eastern parts of England and north western Scotland. Autumn rainfall records were broken for South Yorkshire, Nottinghamshire, and Lincolnshire, with the previous records set in 2000. England as a whole has had its fifth wettest autumn with 348mm. These areas had also experienced a wet summer, so that the rain was falling on already wet ground.

South Yorkshire was the wettest county compared to the long-term average (1981-2010) with more than double its average rainfall for the season (425.4 mm compared to an average of 208 mm).

Sheffield was a notably wet location, breaking its autumn record weeks before the end of the season. In total it recorded 474.8mm, breaking its previous record of 425.2mm also set in 2000.

The location with the highest total through the autumn was Holne - on the southern edge of Dartmoor, in Devon - with 899mm. The driest spot was Shoeburyness, in Essex, with 148mm.

Conversely, northern and western Scotland have been much drier than average, with our north Scotland climate region having just 69% of the seasonal average (364.1mm).

In comparison to the rainfall distribution in 2000 - when many autumn records were set - this season’s highest rainfall accumulations were focused in the East Midlands. In 2000 the highest totals affected much of England and Wales, with just parts of Scotland ending the season below average.

The full end of year statistics, as well as those for December 2019, are due to be published on January 2nd 2020.
Posted by Media Link Ravinder at 18:45 No comments: Links to this post

During training at Camp Geiger 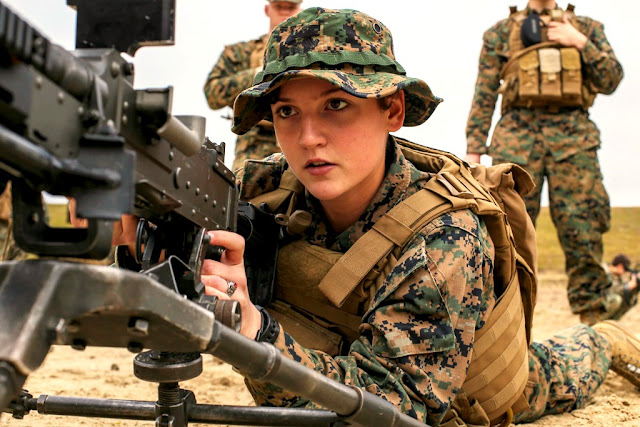 Posted by Rector Kathuria at 00:45 No comments: Links to this post