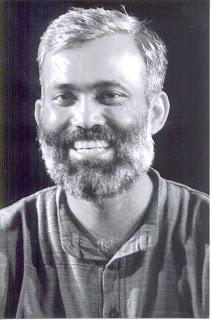 The Asmita weekend theatre workshop, conceptualised by Mr Arvind Gaur Director Asmita theatre group, is the first of its kind. This workshop provides working professionals a platform to pursue theatre on Saturday and Sunday mornings.
The uniqunes of this workshop lies in the selection of its content, chosen to study contemporary acting. Socio-political issues become a subject of discussions, improvisations and script reading.Voice and speech work, quintessential in acting are taught by means of physical exercises, street plays and monolouges.
15 years of knowledge and experience of Asmita Theatre Group is carefully filtered into the minds of students by the senior most actors of Asmita, under the critical guidance of Mr. Arvind Gaur.
Finally the three month workshop culminates in a public production.
"Kharashe" a play based on short stories by Gulzar was performed by the second batch of Asmita Weekend Theatre Workshop at I.H.C on the 26th and 27th of july.A comprehensive documentation of this play is available at the Asmita Weekend Theatre Group on Facebook.

Email ThisBlogThis!Share to TwitterShare to FacebookShare to Pinterest
Labels: Stage 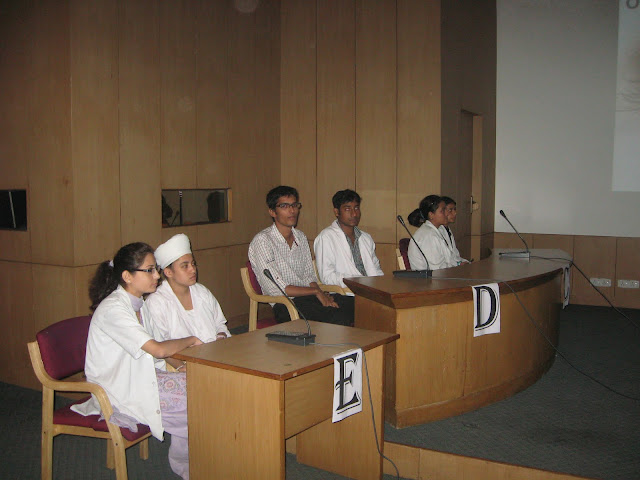 Ludhiana, 9th September: The Department of Ophthalmology, Christian Medical College and Hospital successfully organized the 8th Ophthalmic quiz for undergraduate medical students in the hospital auditorium on 9th September 2011. The Chief Guest for the occasion was Dr.A.G.Thomas, Director, CMC and Hospital. He encouraged the participating teams and appreciated the efforts of the department in making this academic venture a much awaited annual feature of the institution.
Among the 30 undergraduate teams, 5 teams qualified for the quiz following the preliminary round. Dr.Nitin Batra and Dr.Gurvinder Kaur conducted the finals. Anjali B Susan and Anu Sara Philip (Batch of 2008) were the winner & Nayana Sebastian and Dona George (Batch of 2006) were the 1st runner up.
Dr.S.M.Bhatti, Principal CMC, was the guest of Honour and presented a special Award of Merit to an outstanding student, Geetika Gera (Batch of 2007). Gayatri Bhatia (Batch of 2008) presented an interesting talk titled ‘Hall of Fame’, which gave a brief history of legendary ophthalmologists.
Posted by Rector Kathuria at 17:58 No comments:

Posted by Rector Kathuria at 00:00 No comments: