Another achievement by Ludhiana girls

Asking for a nuclear free world
Indian Doctors for Peace and Development (IDPD) welcomes the statement Dr.Manmohan Singh Prime Minister of India asking for a nuclear free world. India has always been a champion for nuclear disarmament. Keeping the tradition of non aligned movement our country should take lead in various international forums for abolition of nuclear weapons as well as check on proliferation of small arms through confidence building measures between the nations.
According to a statement issued by it's President Dr L S Chawla General Secretary Dr Arun Mitra even if a single country has the nuclear weapons, the chances of their development by other countries will always remain as the nuclear weapons possessing states looses the moral right to ask other countries desist the same. The fear of these weapons falling into the hands of non state actors will always remain. The stand of IDPD and International Physicians for the Prevention of Nuclear War (IPPNW) in this regard has been vindicated by the Seoul meet. IDPD also appeal to the Prime Minister to pay heed to the people movements and put moratorium on the nuclear plants for power generation as the nuclear energy is neither safe nor economical. Moreover the nuclear plants cloud any time is used for production of nuclear weapons.
Posted by Rector Kathuria at 17:45 No comments:

There was also a scientific poster competition 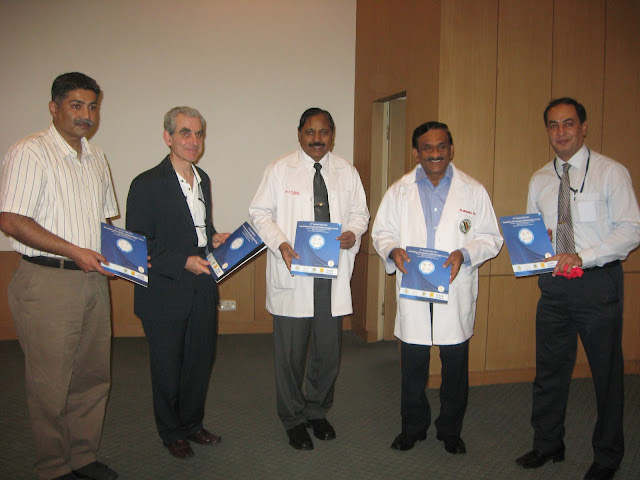 Ludhiana, 29th March, 2012(Shalu Arora  and Rector Kathuria): The Deptt of ophthalmology, Christian Medical College and Hospital conducted 2nd National CME of Association of Community Ophthalmologist of India in association with Sant Sarwan Dass Charitable Eye Hospital, Jalandhar, Slum doctor project U.K and vision 2020, India on Pediatric Ophthalmology and strabismus.
The chief guest for the occasion was Dr.A.G.Thomas, Director CMC and Hospital, who also released the souvenir. Other dignitaries who graced the occasion were Dr. S.M Bhatti, Principal Christian Medical College, Ludhiana , Associate Director, Dr.Kim Mammen, Dr.Kanwal Masih, Medical Superintendent, Dr.Nitin Batra, HOD Ophthalmology and organizing Chairman of the CME. .
The guest faculty and Course director of the event was Dr.Tony Aguire, consultant ophthalmologist Caldudale Huddersfield NHS foundation trust U.K, Augenklinik teufen, Switzerland and an adjunct associate clinical professor, University of Texas at Houston, who delivered keynote address on update in Pediatric Ophthalmology. Prominent strabismologists  from various parts of the country delivered lectures on pediatric ophthalmology and strabismus.
The occasion was also graced by eminent physicians and ophthalmologists from different parts of the country and abroad.
Along with scientific sessions there was a workshop conducted in Department of Ophthalmology on evaluation of squint and pearls of squint surgery.
There was also a scientific poster competition for undergraduate students engaged in research in the field of ophthalmology.
Posted by Rector Kathuria at 13:45 No comments: