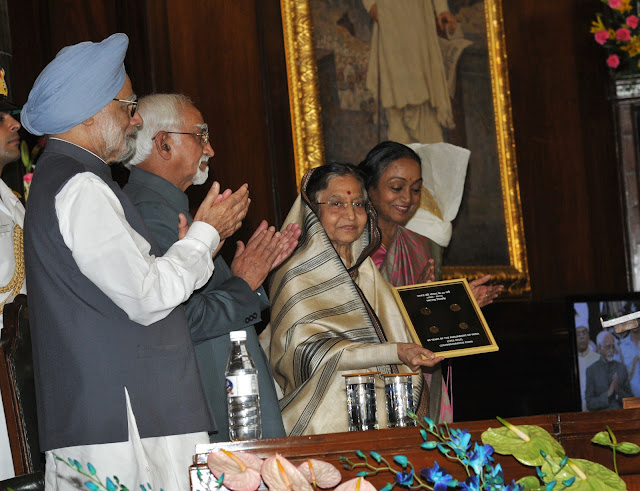 The President, Smt. Pratibha Devisingh Patil releasing the coins in denominations of Rs.5/- and Rs.10/-, at the function to mark the 60th anniversary of the first sitting of the Parliament of India, in Central Hall of Parliament House, in New Delhi on May 13, 2012. The Vice President and Chairman, Rajya Sabha, Shri Mohd. Hamid Ansari, the Speaker, Lok Sabha, Smt. Meira Kumar and the Prime Minister, Dr. Manmohan Singh are also seen.
13-May-201
Posted by Rector Kathuria at 21:21 No comments: