Alzheimer is a degenerative disease of the brain

Chief Guest, Dr. Kim j. Mammen, Associate Director, appreciated the efforts of the students and explained about Alzheimer’s disease and told that there is a need to conduct more such programs to spread awareness.
Prof (Mrs)Triza Jiwan introduced the theme of the day ‘Faces of Dementia’ and explained that it is a degenerative disease of the brain in which there is memory loss and loss of mental ability severe enough to interfere with normal activity. 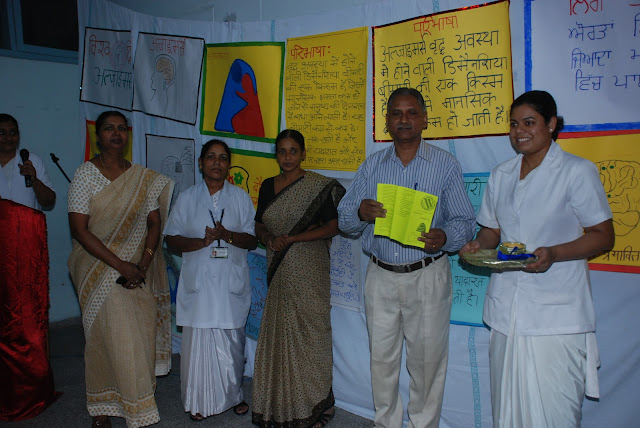 Elderly people 60 years and above are affected. She emphasized on prevention of it, mentioning about having hobbies of art and music etc.
Principal and Coordinator Prof (Mrs) Ponnamma R. singh also shared her experiences. Dr. mamta, Associate Professor of Psychiatric department highlighted on importance of routine for such patients. 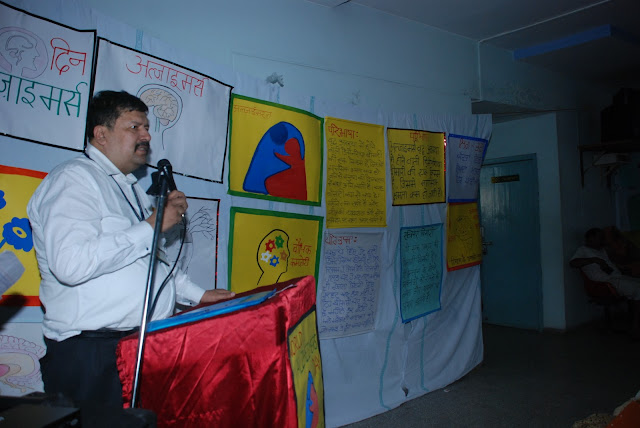 Prof (Mrs) Triveni Rajappa, Nursing Superintendent also marked her presence. Dr. kamal Masih, Medical Superintendent inaugurated the exhibition and released the pamphlets on Alzheimer’s disease and its care.
The program attracted the attention of more people as students of B.Sc. (N) 3rd year put up a role play on care of patients. Nearly 260 patients and their relative became aware of this disorder through the exhibition.: Shalu Arora and Rector Kathuria
Posted by Rector Kathuria at 15:59