NEPAL:Nepal government should reach out to rural areas

Thu, Apr 30, 2015 at 7:47 PM
A Statement by the Asian Human Rights Commission
The Asian Human Rights Commission (AHRC) is deeply saddened by the tragic loss of human lives in Nepal. It is a moment of unprecedented tragedy; the devastation of human lives and property is heartbreaking. This is again a testing time for the Nepal government.
The series of aftershocks have created an environment of fear. Even people whose houses suffered only small cracks or are fully intact are worried about entering their houses. Hundreds of thousands of people have been forced under the open sky without food and water. Those who are from outside Kathmandu have already left for their villages or are in the process of leaving. This is due to fear of aftershocks and the increasing risk of epidemic. There is shortage of water in the Kathmandu Valley. The risk of contaminated water beginning to circulate is real; the result will be diseases like cholera and dysentery.

The bodies still buried under the rubble, increase the likelihood of diseases and illnesses spreading. If bodies are not cleared soon, Nepal is going to face a grave health crisis and this will be more dangerous than the earthquake that hit the country on Saturday, 25 April. It is imperative that the dead and decaying bodies lying in villages and corridors of homes in villages are taken care of at the earliest.


Rescuers have just begun to arrive in some of the worst hit villages in Gorkha, Dhading, Sindhupalchok, Kavre, and Nuwakot districts. Scores of settlements have been cut off from transportation and telecommunication services following the earthquake. The injured have not received treatment even six days after the disaster, while the displaced have been compelled to suffer, hungry under the open sky.
There is already outrage at the non-performance of the government. Some of this outrage may be genuine, because a lot of people in Kathmandu are facing immense hardship and they see no signs of the government making efforts to provide relief. The government has been slow in distributing relief packages and in reaching out to people outside Kathmandu. Given the scale and intensity of Saturday’s quake, the State’s ineffectiveness has never been more apparent.
Due of lack of efficiency in management, the government has been in a complaint mode, and has been asking foreign nations and international organizations to request permission before arriving with aid and personnel. Instead of demanding permission, the government of Nepal should be proactive enough to deploy them to earthquake affected areas outside the Kathmandu Valley where the dead have started decaying and those alive have started dying waiting for rescue and relief packages, including masks, water, food, and tents.
The rest of Nepal, outside the Valley, is where the problems, post-earthquake, are most pressing; little attention has been given to the conditions of marginalized Nepalese, who need to be helped the most immediately. Therefore, the AHRC requests the Nepal government to support aid organizations that are focusing on rural areas. Furthermore the AHRC asks that the government dedicate its relief efforts and financial support to specific causes targeting the marginalized communities and to organizations that have an on-going long-term commitment.
This is a testing moment for all countries that are providing assistance. This is a moment to show solidarity. Therefore, the AHRC appeals to all parties to engage in relief and rescue activities in the rural areas, where the visibility is low but the needs are most.
The AHRC also appeals to people of Nepal to show national solidarity and resilience; helping each other during this time of crisis is what the nation needs. The crisis will be over soon, and Nepal will stand up and rise again. The only thing required is courage and motivation.
# # #
About AHRC:The Asian Human Rights Commission is a regional non-governmental organisation that monitors human rights in Asia, documents violations and advocates for justice and institutional reform to ensure the protection and promotion of these rights. The Hong Kong-based group was founded in 1984.
Posted by Rector Kathuria at 20:30 No comments: Links to this post 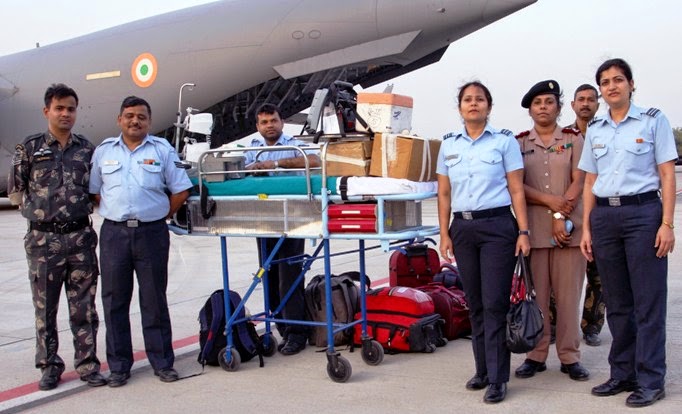