A wide array of debatable issues were discussed

CME on “Controversies of Obstetrics and Gynecology 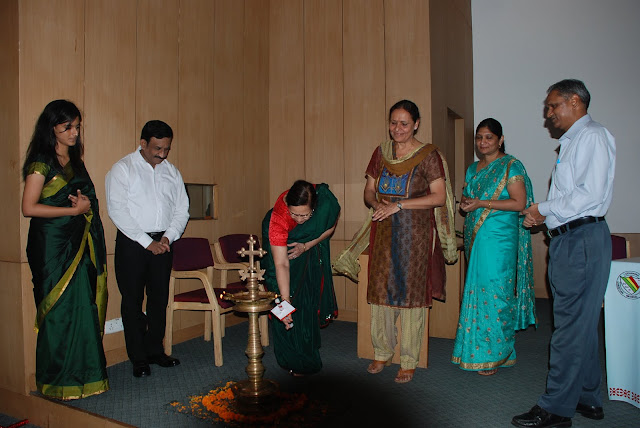 Ludhiana, 7th August, 2011: The department of Obstetrics and Gynaecology, Christian Medical College and Hospital, Ludhiana, conducted  CME on “Controversies of Obstetrics and Gynecology” on the Seventh of August in the Guy Constable Auditorium. This Quarterly meet of Northern Society of Obstetrics and Gynecology of India was held under the able guidance of Prof and Head, Dr Kumkum Avasthi with constant encouragement and support by Director of the institute Dr Abraham G Thomas. The conference was duly accredited 4 CME hours by Punjab Medical Council.
A wide array of debatable issues in obstetrics and gynaecology were discussed and was attended by nearly 200 local practitioners as well as medical fraternity from nearby medical colleges.
The gathering was addressed by chief guest Dr Abraham G Thomas who welcomed the delegates congratulated the dept for organizing the conference. Dr Lakhbir Dhaliwal, President of NOGSI complimented CMC for organizing the quarterly meet and emphasized upon role of FOGSI in women’s health. The occasion was also graced by Dr G.S.Grewal, member of Punjab Medical Council

The conference covered debatable issues in obstetrics ranging from changing trends in breech and instrumental delivery to recurrent pregnancy loss and IUGR management .Burning issues in Gynecology providing insight to infertility, HPV vaccination and misuse of emergency contraception were also covered. Eminent speakers from all over North India deliberated on the same.
The conference ended on a successful note managing to clear a lot of misconceptions on the controversial issues on the subject.
Posted by Rector Kathuria at 18:40 No comments: Links to this post

A decisive battle against corruption has begun

Anna Hazares message to the Nation for 15th and 16th August 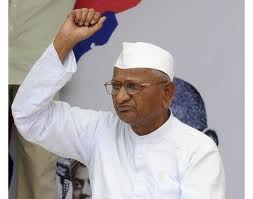 A decisive battle against corruption has begun. We are not against any political party. We want systemic reforms. We want a corruption-free India. After all, what are the people asking for – a strong anti-corruption law which provides for honest and time-bound investigations and trials that result in jail for the guilty, confiscation of embezzled money and their dismissal from service? Are we asking too much? For two months, we were talking to the government. Government seems unwilling to take even small steps against corruption. Government appears insincere. We have met all prominent political leaders. We have tried everything. What do we do now? When I announced my indefinite fast from 16th August, the government threatened that they would crush us the way they crushed Baba Ramdev's peaceful agitation. Friends, this is a historic opportunity. We can't afford to lose it. We are determined to fight to the end. If they arrest us, we will peacefully offer ourselves. If they use batons and bullets, we will happily lay down our lives but will not leave the place. We will not retaliate. It will be a completely non-violent movement. “If you fast on 16th August, you will be crushed” – this is what they are saying. “We will impose section 144 on Jantar Mantar” – this is what they are thinking. But I say that if every citizen in this country takes off from his work from 16th August, comes on the streets in front of his house, at the crossing, with a tricolor in his hands shouting “Bharat Mata ki Jai” and raising slogans against corruption, they will fall short of batons and bullets. The government may arrest one Anna Hazare but how will they arrest 120 crore Anna Hazares? They may impose section 144 at one Jantar Mantar but will they impose section 144 on the whole country? And let me tell you – the police and army is with us. At traffic signals, policemen stop us, express their support and wish us well; at Raj Ghat, the policemen donated generously for the movement! So, will you take off from your work from 16 August? Will you descend on the streets with me? This year, the country will wait for 16th rather than 15th August. In solidarity,
thanks
Anna Hazare
(Please make copies of this pamphlet and distribute it in large nos.)
“WHY GOVERNMENT'S LOKPAL IS DANGEROUS???” Government's Lokpal is targeted against those who raise their voice against corruption rather than to punish the corrupt!
The government's Lokpal bill covers only about 0.5% of public servants, yet it brings under its ambit virtually every citizen's group and organization, registered or unregistered, meant to serve the social sector. This raises a pertinent question -- whom is the Lokpal really targeted at? There are more than 1.25 crore central and state government employees. Out of this merely 65,000 Group A Central Government employees would be covered in the government bill leaving out all the lower officers and staff. This effectively means that there is no remedy against corruption that a common person faces daily in police, roads, industry, licensing, transport, roadways, municipality, rations, health services, education, pension, provident funds, Panchayat, forest department, irrigation department, etc. On the other hand, Lokpal would have jurisdiction over ALL NGOs, trusts, societies like Resident Welfare Associations(RWAs), big or small, whether registered or unregistered, whether they receive government funding or not, up to the village level! For instance, consider a group of citizens that unearths corruption of the Sarpanch and Block Development officer (BDO) in a village. The government's Lokpal can't take any action against the Sarpanch or BDO but it CAN lock up the group of HONEST active CITIZENS. Each and every association, like Resident Welfare Associations, Market Associations, even your neighborhood committees that organize festivals like Durga Puja, Ramlila, etc. would be under the purview of Lokpal. While there is no disagreement that the rot of corruption is also afflicting many societies, associations and NGOs, there already exists a plethora of laws like the Trust Act, Societies Act, FCRA, etc. to monitor them. Lokpal was originally intended for checking corruption in public servants. Regardless, if it is being extended to all associations of civil society, then why shouldn't it also cover all companies, businesses, political parties, and media houses?

Government's Lokpal Provides Greater Protection to Corrupt!
Provisions in the government's Lokpal Bill heavily favour corrupt public servants. Under this bill, a public servant accused of corruption is allowed to turn around and file a lawsuit against the complainant accusing him of filing a frivolous complaint. The government will provide a free advocate to the accused to help prove the citizen was wrong, while the citizen has to fend for himself. If the complaint proves to be frivolous, the minimum sentence FOR THE CITIZEN is TWO YEARS. But if the corruption charges are proved, the minimum sentence for the public servant is just SIX MONTHS!

Will then any citizen dare raise a voice against corruption?
Posted by Rector Kathuria at 17:04 No comments: Links to this post