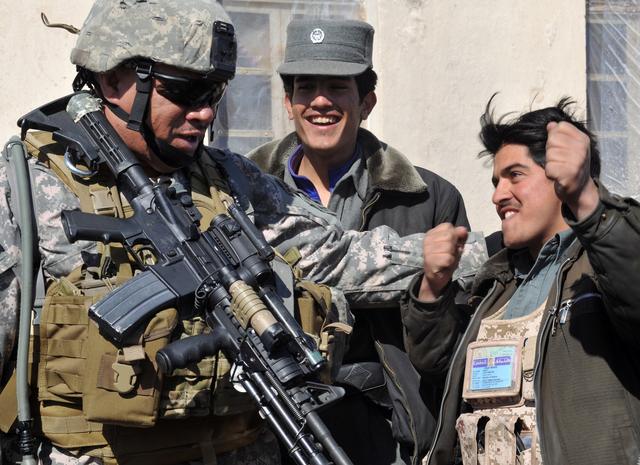 U.S. Army Sgt. 1st Class Vili Schwenke, a security forces member from the Ghazni Provincial Reconstruction Team, listens to an Afghan National Police officer tell a story during a shura at the Qara Bagh district center in the Ghazni province of Afghanistan Feb. 15, 2010. The officer recounted a day when he was shot in the head while fighting off insurgents. (DoD photo by Master Sgt. Sarah R. Webb, U.S. Air Force/Released)
Posted by Rector Kathuria at 23:58 No comments: Links to this post 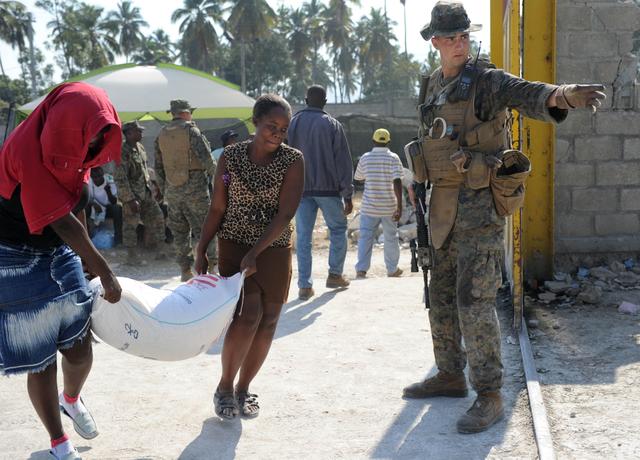 U.S. Marine Corps Cpl. Micah Denny directs Haitians carrying bags of rice to the exit point of Food Distribution Point 16, sponsored by the non-governmental organization (NGO) Adventist Development and Relief Agency, in Carrefour, Haiti, Feb. 16, 2010. NGOs are in Haiti, along with the Department of Defense and the U.S. Agency for International Development, to support Operation Unified Response, which is a multinational, joint-service operation to provide humanitarian assistance to Haitians affected by the 7.0-magnitude earthquake that struck the region Jan. 12, 2010. (DoD photo by Logistics Specialist 1st Class Kelly Chastain, U.S. Navy/Released)
Posted by Rector Kathuria at 23:53 No comments: Links to this post 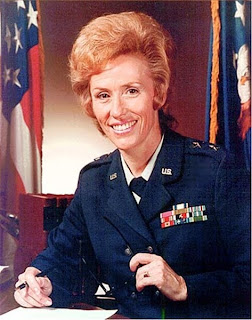 
The Portland, Ore., native attained the rank of two-star general in 1973 after a career that began 31 years earlier in 1942 when she enlisted in the Army. Holm entered Women's Army Air Corps in January 1943, where she received a commission as third officer, the WAAC equivalent of second lieutenant.

Holm also became the first woman to attend the Air Command and Staff School, Maxwell Air Force Base, Ala., in 1952.

Holm also authored two books about women in the military. "Women in the Military: An Unfinished Revolution" was published in 1982 and was updated in 1994. Four years later she wrote "In Defense of a Nation: Servicewomen in World War II."

During World War II, Holm was assigned to the Women's Army Corps Training Center at Fort Oglethorpe, Ga., where she commanded a basic training company and then a training regiment. At the end of the war, she commanded the 106th WAC Hospital Company at Newton D. Baker General Hospital, W.Va. She then left active military duty in 1946.

In October 1948 during the Berlin crisis, Holm was recalled to active duty with the Army and went to Camp Lee, Va., as a company commander. The following year she transferred to the Air Force, when a new law integrated women in the regular armed forces.

Holm served in a variety of personnel assignments, including director of Women in the Air Force from 1965 to 1973. She played a significant role in eliminating restrictions on numbers of women serving in all ranks, expanding job and duty station assignments for women, opening ROTC and service academies to women, and changing the policies on the status of women in the armed forces. During her tenure, policies affecting women were updated, WAF strength was more than doubled, job and assignment opportunities expanded, and uniforms modernized. 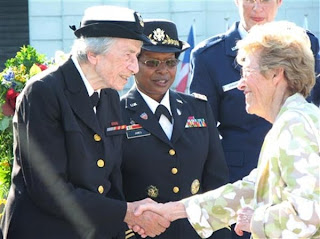 
(Article courtesy of Air Force News Service.)
Posted by Rector Kathuria at 23:37 No comments: Links to this post