Kavita Srivastava is the  National Secretary of PUCL

1. People’s Union for Civil Liberties (PUCL) (National) strongly condemns the high handed police action in raiding and searching the house of Kavita Srivastava, a respected social activist who is the  National Secretary of PUCL and President of the Rajasthan State unit of the PUCL on the morning of 3rd October, 2011. 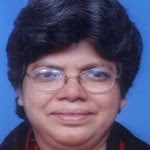 2. The police purportedly raided her house to search for a `naxalite’ whose identity is not clear. The search was led by the Deputy Superintendent of Police, Rajendra Singh Shekawat. It was apparently done on the request of Chhattisgarh Police which was led by one Memon in plain clothes. The raid was calculated to intimidate and create fear as a truck load of Special Task Force Police were stationed outside her house. Police were positioned out side the PUCL office as well. Kavita was not present in the house during the raid. Despite the fact that the family members of Kavita fully co-operated with the search party, Kavita’s 80 year old father who is on a pace maker was shoved around. Her sister and a guest who had just left the house were detained outside the house for more than an hour. The family’s domestic helpers were also not spared and were harassed and intimidated. The search party obviously did not find any fugitive from law taking refuge in her house.
3. Kavita and her family are old residents of Jaipur and are well known and respected . As an office bearer of PUCL she has been continuously interacting with the local police as well as the State authorities on several issues concerning the poor and the oppressed in Rajasthan. Thus her bonafides are well established and a search of this nature is completely un- warranted and uncalled for.  It is most disconcerting how a search warrant against her could have been so casually issued
when the Supreme Court has cautioned against it and observed that “issuance of a search warrant is a serious matter and it would not be advisable not to dispose of an application for search warrant in a mechanical way by a laconic order. Issue of search warrant being in the discretion of the Magistrate it would be reasonable to expect of the Magistrate to give reasons which swayed his discretion in favour of granting the request. A clear application of mind by the learned Magistrate must be discernible in the order granting the search warrant.”
4. It is well known that Kavita Srivastava, in her capacity as the National Secretary of the PUCL has been active not only in the campaign for release of Dr. Binayak Sen but has also been in the fore front of raising issues of rights violation with impunity by the State of Chhattisgarh and its police force. In the recent past she has been spear- heading the campaign against the arbitrary BPL criteria set by the Planning Commission and the attempts of the Central Government to exclude vast sections of the poor from receiving any of the PDS and other services.  She had also taken up the issue of recent attacks on the minority community in Rajasthan.
5. It is thus evident that the early morning raid in her house is nothing but an act of harassment and an attempt at intimidating not just Kavita Srivastava as a person but PUCL as an organization and all other human rights and social activists who dare to raised issues of rights violations. The PUCL states that the action of police authorities is in violation of article 12 of the United Nations Declaration on Human Rights Defenders which mandates that States shall protect human rights defenders from pressure and arbitrary action as a consequence of their legitimate actions to defend and protect human rights.
6. The PUCL demands that the States of Chhattisgarh and Rajasthan and their respective Police Officials refrain forthwith from pursuing such intimidating tactics in future against Kavita Srivastava and other human rights activists and to carry out their obligations under the United Nations Declaration on Human Rights Defenders .
--------------
D. Nagasaila, Advocate
Dr. V. Suresh, Advocate
National Secretary, People's Union for Civil Liberties (PUCL)
Hussaina Manzil, III Floor, 255 (Old No. 123), Angappa Naicken St., Chennai 600 001
Ph.: +91-25352459 / 42621386-87 / Mobile: +91-94442-31497
Posted by Rector Kathuria at 21:11 2 comments: