Posted by Rector Kathuria at 19:24 No comments: Links to this post

Posted by Rector Kathuria at 22:32 No comments: Links to this post 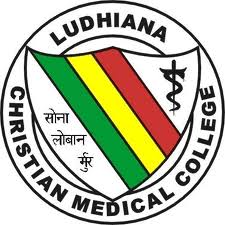 Christian Medical College and Hospital, Ludhiana offers comprehensive oncology services for the care of cancer patients and their families. Dr Kunal Jain has recently joined as a consultant in medical oncology after completing 3 years of advanced training in Medical Oncology from Australia. He completed his MBBS and MD from CMC Ludhiana and then trained as an advanced trainee in Medical Oncology at Royal Adelaide Hospital for 2 years. He also had the opportunity of working as a Research Fellow in Medical Oncology at Flinders Medical Centre, South Australia for 1 year and was involved in many clinical trials. He specializes in breast, lung, colorectal and oral cancers and also has keen interest in cancer research.
With addition of full time Medical Oncology services, CMC Ludhiana has now got a complete range of oncology services including
1.      Hematology and bone marrow transplant services
2.      State of the art Radiation Oncology facilities
3.      Pain and palliative care services
4.      Intervention Radiology facilities
5.      Experienced Surgical units including various super-specialties.
6.      Special laboratory facilities for oncology patients.
Director, Dr Abraham G Thomas added that with all these services coming under one roof, it would be even more convenient for the cancer patients of this region. CMC Ludhiana is known for its highly motivated staff providing compassionate and quality patient care.
Dr Jain is available for OPD consultations between 11am – 2pm on Monday, Tuesday, Thursday and Friday. For any further inquiries, please contact Oncology Office: 0161-5037957, Oncology Helpline: 9780005333 or Email: cmc.oncology@yahoo.com
By Shalu Arora and Rector Kathuria
Posted by Rector Kathuria at 13:27 No comments: Links to this post

Posted by Rector Kathuria at 20:52 No comments: Links to this post

To save seed-agriculture and food sovereignty of country
To stop IPRs on seeds/germplasm/planting material or products
To reclaim farmers’ inherent natural right over seeds as real custodian
To protect our seeds and food from being contaminated by Genetic modification
To protect Seed research in public sector and seed public sector institutions
Become a part of 3rd War of Independence, Be a savior of nation’s freedom
Seed Sovereignty for Farmers’ freedom and Nation’s food security
Beej Swaraj Conference
Monday, 30th May 2011
10 AM onwards
Punjabi Bhawan, Ludhiana
Seed is not a commodity, but the basis for food security and national sovereignty
Issues to be discussed:
1. Constitutional issues
Several laws related to farming are proposed to be tabled in the Union Parliament even though 'agriculture' is a State subject. Entry 14 of the State List in the Seventh Schedule of the Constitution of India (that includes matters on which the Legislature of the State has powers to make laws) reads: "Agriculture, including agricultural education and research, protection against pests and prevention of plant diseases."
2. Seed Bill, 2010
Changes to the existing Seed Act (1966) have been on the cards since even before 2004; a revised Bill is pending passage in both houses of the Indian Parliament. The text of the proposed Bill has not been made open. The new seed law will not help farmers' seeds, on the contrary it might outlaw the sale of seeds that do not meet (industry) standards of 'quality'. Moreover, the Bill does not prohibit the registration of transgenic seeds for sale.
3. BRAI Bill
The country's rules for GMOs date back to 1989; they are on the brink of being revamped through a new law. This new biosafety law that proposes to set up a regulatory authority is being pushed by the Department of Biotechnology under the Ministry of Science and Technology. Official discussions are focussed on a proposed BRAI (Biotechnology Regulatory Authority of India) Bill, the text of which is marked as 'secret'!
Special Guests:
Vijay Jardhari, Seed Keeper farmer, Uttrakhand
Yudhvir Singh , National General Secretary , BKU- Tiket
Shalini Bhutani, Ecological Agriculture Activist, Delhi
Speakers:
Sukhdev Singh Kokrikalan( BKU-Ekta Ugrahan)
Sukhdev Singh Bhopal (Manav Kudrat Kendrit Lok Lehar)
Pishora Singh Sidhupur (BKU-Ekta Sidhupur)
Lehmber Singh Taggar (All India Kisan Sabha)
Satnam Singh Pannu (Kisan Sanghersh Committee)
Balraj Singh Rana (Punjab Kisan Union)
Jasdev Singh Jassoval
Prof Jagmohan Singh
Dr Inderjeet Kaur
Dr Amar Singh Azad
Dr Arun Mittra
Satnam Singh Manak
Dr Ernest Albert
Let us not forget what Kissinger-Doctrine says, "you control petrol, you control nations and if you control food, you control people"....we don't need to find out that this doctrine is still the backbone of US police in certain matters"
Since a nation’s food sovereignty as well as farming communities’ livelihoods is closely linked to seed sovereignty – who controls what seed is supplied, when, in what quantities, with what restrictions, at what prices and so on. This is closely connected to allowing most seed trade to be taken over by the private sector, coupled with legal regimes that allow for exclusive marketing rights in the hands of a handful of companies, along with monocultures encouraged of a few crops and few varieties even as farmers are encouraged to move away from their traditional systems of seed breeding, selection, saving and exchange. Policy makers and planners have to appreciate the intrinsic potential dangers of such a scenario; this is further borne out by the example of cotton seed in India, where an overwhelming majority of the market today is controlled by one large seed company in numerous ways; further, non-GM cotton seed is not available in the market and seed pricing has become a vexatious issue where state governments that want to protect farmers’ interests are being confronted by the seed companies against any statutory framework that regulates price and are even threatening to stop supply of seed – meanwhile, physical seed stocks with farmers and others have disappeared during the period that they depended on company-supplied seed. This scenario is potentially possible with other crops too and Seed Sovereignty is an issue that the government has to take seriously.
·         The seed industry seems to believe that their returns can be maximized and their R&D efforts rewarded only if exclusive ‘ownership’ rights are conferred, linked to marketing rights of course. Civil society groups including farmers’ organizations believe that this is antithetical to the very culture of agriculture in India, which thrived for thousands of years due to the open sharing of resources including knowledge.
·         Let us demand that Agri-research and extension systems have to prioritise in their projects and outlays, varietal development and distribution; farmer-led, participatory breeding programmes are to be prioritized to address issues of quality and local suitability.
·         For all those seed technologies which bring in potential environmental and health hazards, such seed should be allowed even for open air trials only if there are no other alternatives present and after biosafety has been cleared through independent, long term testing in a participatory and transparent decision-making regime. In this case too, like in Point 4, state governments should be allowed their constitutional authority over agriculture for exercising their own decisions through appropriate regulatory regimes at the state level, including licensing etc.
·         Regulatory regimes should also pro-actively watch out for seed monopolies/oligopolies building up and prevent the same.
·         Farming communities all over India should have first priority and access to all the germplasm collections all over the country.
Let us not forget what Kissinger-Doctrine says, "You control petrol, you control nations and if you control food, you control people".... we don't need to find out that this doctrine is still the backbone of US police in certain matters…Oppose food colonialism
SAY NO TO GM SEEDS
Let us join hands to initiate a struggle to protect nation’s seed sovereignty & food self reliance
KHETI VIRASAT MISSION
Posted by Rector Kathuria at 17:14 No comments: Links to this post

Posted by Rector Kathuria at 22:38 No comments: Links to this post

Posted by Rector Kathuria at 14:04 No comments: Links to this post

A new achievement at CMC for Punjab

Ludhiana: 19 year old boy (Mr AKW) was diagnosed to have acute myeloid leukemia (a type of blood cancer) which required stem cell transplant for curing the disease. As he was the only son and parents were not HLA (Human Leukocyte Antigen) identical, (HLA matching is important when bone marrow stem cell transplants are done between 2 individuals), it was decided to perform autologous stem cell transplant.'
However, as there is a delay between the chemotherapy and stem cell infusion, it was important to freeze these stem cells under special facility.  So after the initial chemotherapy, Mr AKW’s stem cells were collected by a stem cell apharesis machine and they were cryopreserved (a process by which stem cells are mixed with a chemical called DMSO and frozen at minus 80 degree celcius) under strict aseptic conditions.
These stem cells were later infused after many days into the patient.  Now patient has completed 4 months after the procedure and doing well.  Since then stem cells have been collected and stored in a patient with relapsed lymphoma.
When doing stem cell cryopreservation, it is important to follow strict protocols in preventing infection and to maintian the stem cell viability.
Stem cell cryopreservation and autologous stem cell transplant is basically offered to patients with relapsed lymphoma and certain patients with acute myeloid leukemia.
CMC Ludhiana established its transplant programme in October 2008 and since then the team has performed 20 transplants (15 allogeneic and 5 autologous) for patients with 1 ½ years to 62 years.  The spectrum of diseases for which transplants have been done were thalassaemia, aplastic anemia, multiple myeloma, Philadephia positive ALL, Acute myeloid leukemia, CML in blast crisis and Wiskott Aldrich syndrome).
A comprehensive team of doctors, nurses, physician assistants and office staff are behind this endeavor and CMC Ludhiana is one of the centers taking part in the CIBMTR (Center of International Blood and Marrow Transplant Registry) apart from the ISCTR (Indian Stem Cell Transplant Registry).
Giving more information regarding this, Dr M Joseph John, head of Clinical Haematology, Haemato-Oncology & Bone Marrow (Stem cell) Transplant Unit, Christian Medical College, Ludhiana said that it is the first time this facility is established in Punjab and North of Delhi.  Dr Abraham G Thomas, Director added that with a new 5 bedded ‘state of the art’ transplant unit coming up, the team is would be able to perform more transplants with improved facility. He also added that in future, the team would be venturing into matched unrelated and cord blood transplantation.
Dr M Joseph John, MD, DM
Associate Professor, Clinical Haematology, Haemato-Oncology & Bone Marrow Transplant Unit
Christian Medical College
(M): 08054959525, (O): Direct: 0161-5037957 or 0161-2600270 Ext 4823/5022
Fax:0161-2600270
Posted by Rector Kathuria at 14:47 No comments: Links to this post

Posted by Rector Kathuria at 00:08 No comments: Links to this post

Posted by Rector Kathuria at 22:02 No comments: Links to this post