Come and save a 2 ½ year old boy Dhani 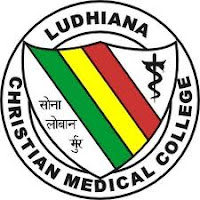 This is to state that patient Dhani S/o  Ram Kumar (our hospital no. C7257304) a 2 ½ year old boy admitted in CMC & Hospital from 27/05/2011. He has undergone surgery for Intestinal tuberculosis with intestinal obstruction and perforation. His general condition is serious and he requires prolonged care, good nutrition and management, antituburcular drugs and further surgery. His prolonged treatment will cost anywhere upto a lac of rupees. The parents of this child are very poor. The father is the only earning member of the family and is a daily wage laborer earning upto Rs. 100 per day. He will not be able to meet the cost of surgery.
The Department of Paediatric Surgery at the Christian Medical College & Hospital appeals to all well-meaning people to contribute towards this child’s treatment as he is in desperate need.
Any help coming for his treatment would be welcome and the parents would be eternally grateful for such help.
Donations will be taken in cash / cheque / bank draft. Cheques/bank drafts should be made in favour of ‘Christian Medical College & Hospital, Ludhiana, Society’ with“Dhani, C7257304” written at the back of all cheques and drafts.  All donations to this cause will have income tax exemption. For all cash donations please contact Dr. William Bhatti (+91 9876609924) or Dr. Dhruv Ghosh (+91 9915198894), Dr. Nandini K. Bedi (+91 9914360480) from the department of Paediatric Surgery.
--Shalu Arora
Posted by Rector Kathuria at 21:29 No comments:

Email ThisBlogThis!Share to TwitterShare to FacebookShare to Pinterest
Labels: CMC

Posted by Rector Kathuria at 21:18 No comments: